The Frame
TRANSFORMING THE IMAGE INTO A PAINTING: THE FRAME

To speak about ancient frames means to enter a territory full of voids and uncertainties. In fact, if many historians have devoted study and research to painting, no scholarly care has been dedicated to frames.

For too long these objects were granted little consideration, neglected or even entirely forgotten. In short, very often frames have not been treated with the attention due to them, both in terms of conservation, and of care in pairing the frame to the painting.

In the 1990s, however, several experts and connoisseurs expressed a considerable interest toward frames and this led the way to a series of expositions devoted to them. For example, in 1990, the Metropolitan Museum of Art in New York devoted an exhibition to Italian Renaissance Frames; while in 1991, in Paris, at the bagatelle castle an exhibit was held, entitled The frame and gold wood.

The function of the frame

Let’s look at this painting without a frame. What effect does it have on us? The illusion of space is very limited and the involvement of the viewer is slight. What can we deduce from this? The frame does not only have a role in determining the canvas, but also in enclosing the space depicted in the painting.

Truly, we can say that the frame constitutes an important completion for painting, because it creates an aesthetic and formal connection with it that is able to highlight the deepest meaning.

It is not incidental that, in the most successful pairings, the frame represents a harmonious completion of the painting, able to amplify its meaning and the message of the artwork itself.

A well-made frame must therefore naturally direct the attention of the viewer toward the painting it encloses, and at the same time is must contribute to the enjoyment of the painting, highlighting it and isolating it from everything that is exterior to it.

Its well regulated moldings, distributed according to a balance of protrusions and indentations, and its cuttings, which generate chiaroscuro effects, create a harmonious whole that has a positive influence on the painting itself.

History and main models of frames

The frame, with its dual function as limitation both toward the outside and the inside of the painting, had been used, in the simple form of the painted border, already in ancient Egypt, Rome, Greece and in the Carolingian art of mosaics and frescoes.

With the introduction of painted panels in the late Middle Ages, the frame took on the role of an art in itself. Up until this era, in fact, it was still inseparable from the painting that it enclosed, since the surface that was then to be painted was obtained by hollowing out the inner part of the panel, so as to leave the perimeter raised a few centimeters.

Between the end of the Fifteenth and the beginning of the Sixteenth century, European art reached exquisite peaks even in the realm of frames. Thanks to the patronage of the great noble and ecclesiastical families, the greatest artists were commissioned with a great variety of paintings and this led to the design and creation of new typed of frames and to the close collaboration between artists and frame makers.

One of the most relevant products dated back to this era is the so-called “cassette frame”.

This frame, still used today, has a structure made up of only three elements: a supporting part, made of a flat wooden band, assembled at a 90o angle, and two lateral shapes applied and joined at a 45o angle.

The cassette frame can then naturally be enriched in the band with colors, pastille decorations, or motifs, etc. The shapes can have innumerable variations as well: they can feature reverse or regular gorges, be carved with balls, etc.

Towards the end of the 16th century, the cassette was also enriched with carved friezes at the centers and at the corners. 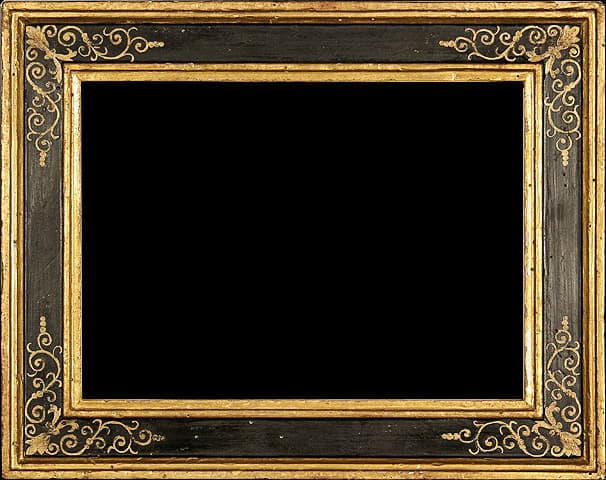 Another model created in the 16th century and still famous today is the “Sansovino frame”, named after the architect and sculptor Jacopo Sansovino, who created it inspired by the wooden or stucco framing embellishing the ceilings of the Doges’ palace and the churches of Venice.

The frame has strong shapes, often enriched with sturdy swirls and ribbons in the center and characterized by a festive ensemble of decorative patterns: swirls, festoons, capitals, cartouches, etc. 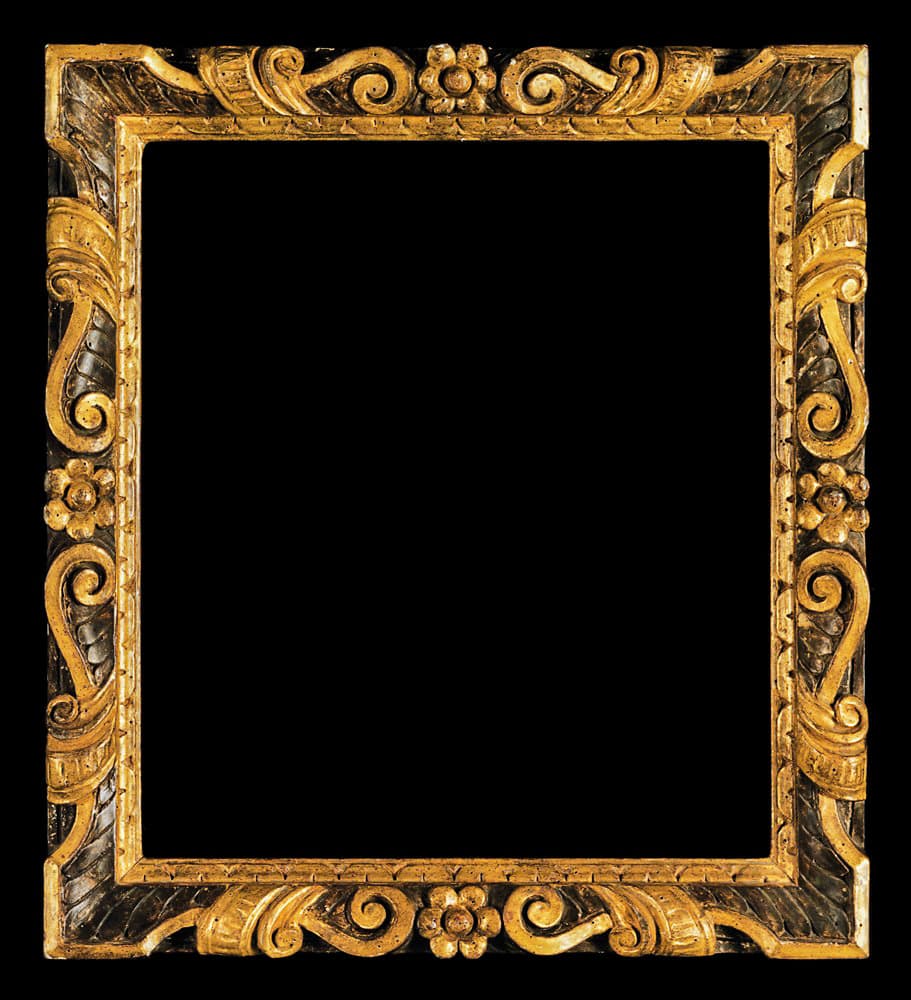 An important frame in the seventeenth and eighteenth centuries was the “Salvator Rosa”, created by the Neapolitan painter Salvator Rosa, who used to say: “the ornament (the frame) was a great go-between to the paintings”.

The shape of the Salvator Rosa is configured as an alternation of gorges and reverse gorges that can be enriched by one or more orders of carving with motifs of ovules, rolled ribbons or leaflets.

This type of frame is also characterized by a central shape with a slight hull and two edgings at the abutment and the profile respectively.

Finally, one of the best-known frames of the eighteenth century is the Venetian, recognizable by the folders adorning the four centers and by the elegant combination of leaves and flowers.

All these models still serve as the basis for today’s frames. 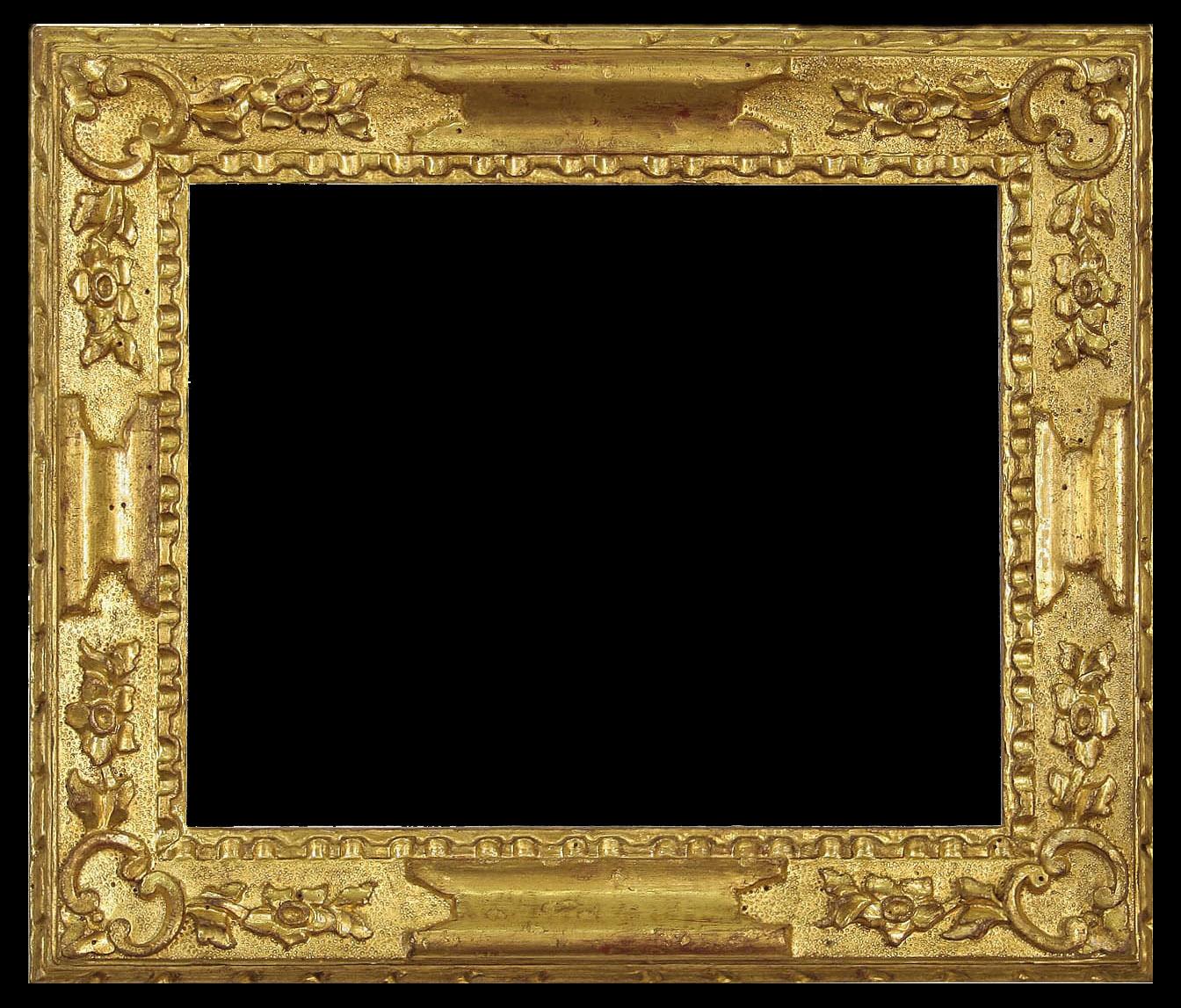 How a frame is born

A craft frame, like those created by Annibale Esposti, is the result of the work of many specialists.

First of all, the carpenter chooses the timber to be used, which must be well seasoned, favoring the internal parts of the trunk, where the grain is more compact. Usually, “sweet” or soft timbers are used, such as lime, cypress, larch and the Swiss pine (the latter starting from the eighteen century), which possess a compact, scarcely knotted fiber that facilitates the carver’s work.

After the effort of the carpenter and the carver, it is up to the gilder to enhance the work performed: here begins the gilding process, long and complex even today.

Since 1908, Annibale Esposti has been offering Italian paintings made in Italy for luxury interiors. Thanks to an in-depth knowledge of style and matter and an incessant and passionate pursuit of beauty, in its Italian handpainted artworks, the company expresses an original synthesis of extraordinary elegance and surprising charm.